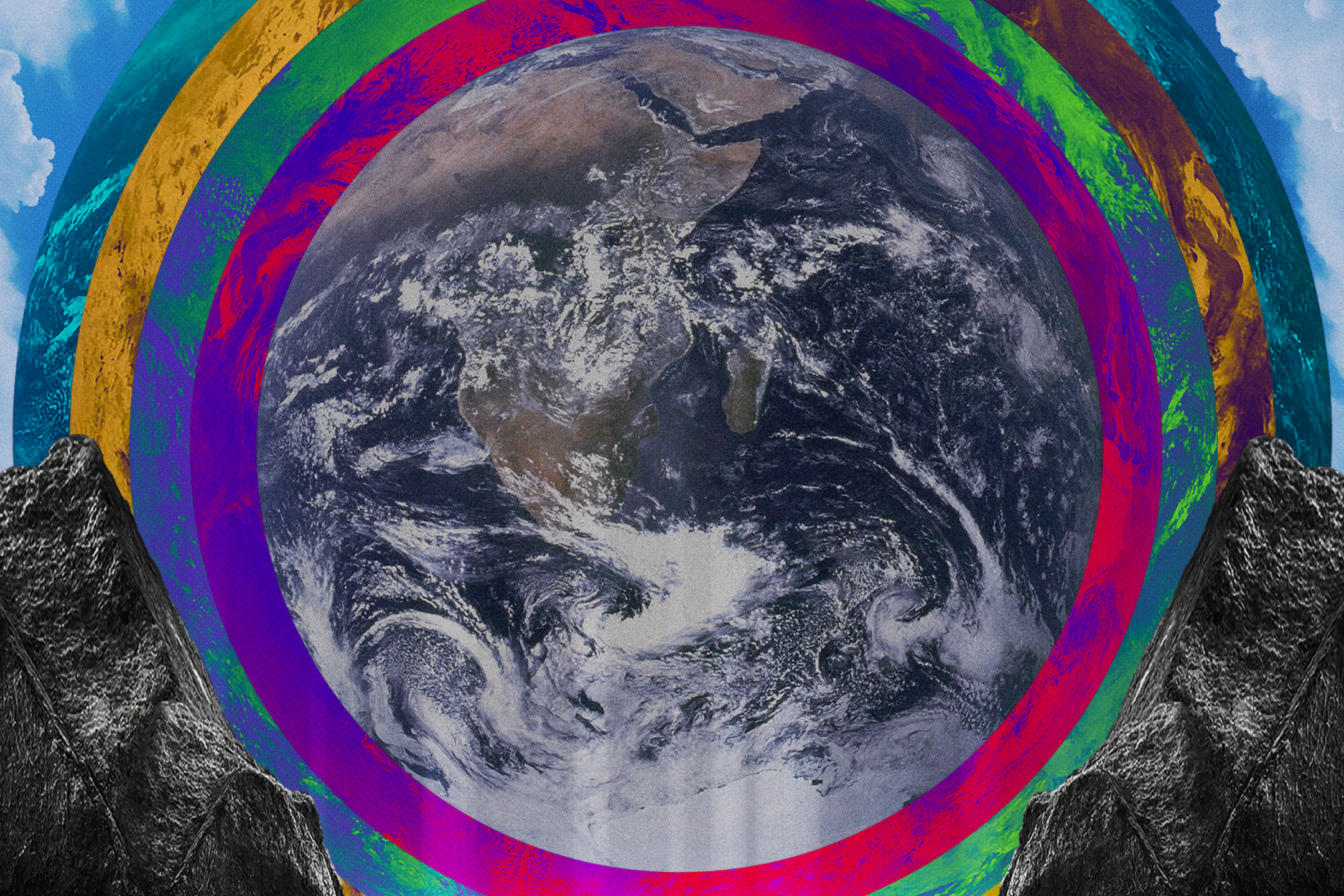 By Dream City ChurchDecember 28, 2022No Comments

As we face tumultuous times of confusion, division, and adverse cultural pressures, it is more important than ever to stand together as Christian leaders and pastors. In the midst of chaos, we need to find a sure foundation.

That’s why the theme of this year’s Dream City Conference is titled: On This Rock! This year’s speakers are all godly leaders who have stayed the course, leading with courage and unwavering faith.

Dream City Church is thrilled to announce this year’s speakers for our annual Christian leader’s conference in 2023! 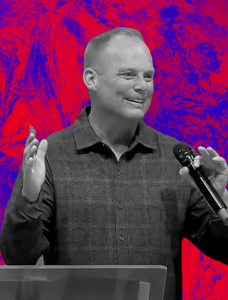 Luke Barnett is a charismatic pastor, husband, father, author, international speaker, and visionary. Luke and his wife, Angel, have been married for over 25 years and have two daughters, Aubrey and Annalee. Luke is Senior Pastor of Dream City Church (DCC), with eleven campuses and a ministry reach of over 30,000 people. He is driven by a God-inspired vision to see Arizona become known as a Christian state.

Luke has led the outreach arm of Dream City Church to be stronger than ever through ministries that reach locally, regionally, and globally. He has dedicated his entire life’s work to serving God and reaching the lost for Jesus Christ.

Luke and his father, Pastor Tommy Barnett, have mentored thousands of pastors and business leaders through DCC’s annual “Dream Conference,” filled with practical tools and inspirational teachings. Dream Conference has been responsible for training and inspiring over 200,000 pastors and leaders over the past 42 years. 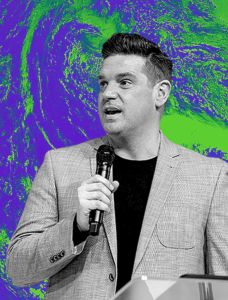 Pastor Eric Petree is a dynamic communicator, author, Bible teacher, and inspiring leader with an authentic love for people and a passion for motivating the body of Christ to live and serve with excellence. Pastor Eric lives in the Cincinnati area with his wife, Kimberly, and their two children Saige and Rush, and is the head pastor of a multi-ethnic, multi-generational congregation that is Citygate Church.

An encouraging and compelling speaker and writer, pastor Eric’s visionary approach to ministry has and will continue to impact communities across the world. 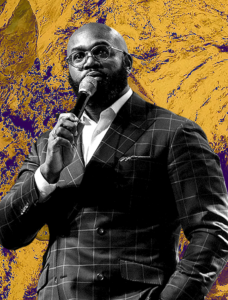 where he played football under Coach Chuck Amato. From the battles on the football field to the current-day culture wars, John is a fearless defender of biblical justice.

With his Master’s Degree in Christian Ministry from Liberty University, as well as being an

experienced leader in Youth and Young Adult ministry for many years, John’s passion for the

next generation pours out on audiences across our nation. John is a strong advocate for the

Along with preaching across the country, John has been the featured guest on many notable shows and is the Amazon best-selling author of “Erased: Uncovering the Lies of Critical Race Theory and Abortion.” John is the First Assistant and Youth & Young Adult Pastor at the Upper Room Church of God in Christ. He is a family man. He and his wife Crystal have been married for 15 years. They and their three beautiful children live in Wake Forest, NY. 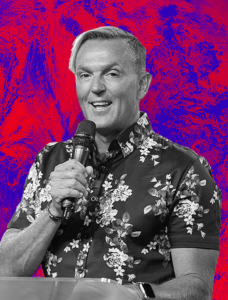 Jurgen and his wife Leanne met in Sydney, Australia when Jurgen was serving as Youth Pastor for the church Leanne attended. After their wedding, Jurgen and Leanne traveled back to NZ to resume pastoring the youth at South City Christian Life Centre.

During the seven years they were in New Zealand, Jurgen and Leanne had a profound and long-lasting impact on the city of Auckland, especially amongst its youth. Jurgen had become a popular speaker in colleges and high schools and had grown and developed the youth ministry at South City CLC to make it one of the largest in the nation at that time.

Jurgen and Leanne grew the youth ministry to over 750 strong and pioneered the hugely successful Phenomena youth conference that hosted over 3000 delegates from Australia, New Zealand, and around the world. In the fall of 2004, Pastor Phil approached Jurgen and Leanne about starting a church in San Diego, California. Having never even been to San Diego, they both were hesitant about moving, but it didn’t take long before God confirmed the move. In the summer of 2005, Jurgen and Leanne and their three boys packed up all their belongings and moved to San Diego. 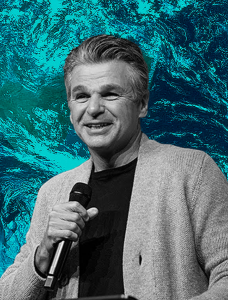 Jentezen Franklin is the Senior Pastor of Free Chapel, a multi-campus church with a global reach. His messages influence generations through modern-day technology and digital media, his televised broadcast, Kingdom Connection, and outreaches that put God’s love and compassion into action.

Jentezen is also a New York Times bestselling author who speaks at conferences worldwide. He and his wife, Cherise, live in Gainesville, Georgia, and have five children and four grandchildren. 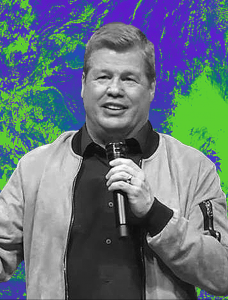 Pastor Ron Woods is a 1988 graduate of Central Bible College in Springfield, Missouri. He also holds a Master’s Degree in Ministerial Leadership from Southeastern University.

Ron became the Lead Pastor of The Assembly at Broken Arrow in February of 2009.  He has also served churches in Pine Bluff, Arkansas, and Memphis, Tennessee. His visionary leadership and dynamic preaching style have motivated others to excellence in ministry and purpose in life. Ron is a speaker at conferences across the United States. He has a great passion to lead the local church in community and global impact through servant leadership and spirit-filled living. 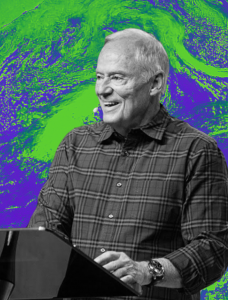 Tommy Barnett is the Co-Pastor of one of the fastest-growing churches in America, Dream City Church (formerly Phoenix First), in Phoenix, Arizona. The church is known as Church with a Heart, because of its 260+ outreach ministries. 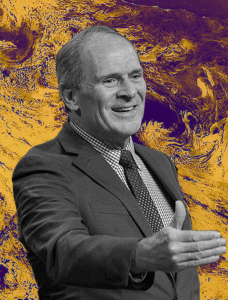 William J. Federer is a nationally known speaker, best-selling author, and president of Amerisearch, Inc., a publishing company dedicated to researching America’s noble heritage.    Bill’s AMERICAN MINUTE radio feature is broadcast daily across America and on the Internet. His Faith in History television airs on the TCT Network.

Bill’s first book “America’s God and Country Encyclopedia of Quotations” has sold over a half-million copies. His works have been quoted by authors, politicians, leaders, journalists, teachers, students, and in court cases. 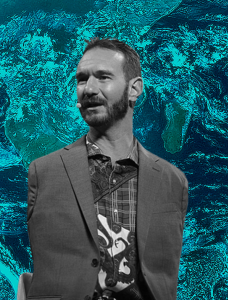 Born without arms and legs, Nick has triumphed over seemingly insurmountable obstacles because of God’s love and the hope found only in Jesus. Nick travels the world sharing his story

with millions…touching hearts and changing lives everywhere he goes.

Since his first speaking engagement at age 19, he has shared his story with millions, sometimes in stadiums filled to capacity, speaking to a range of diverse groups such as students, teachers, young people, business professionals, and church congregations of all sizes.

lifetime. He’s an author, musician, actor, and his hobbies include fishing, painting, and swimming. Nick’s goal is to share the Gospel with one billion more people by 2028 through four main focus areas: Live Outreach Events, Prison Ministry, Digital Ministry, and Prayer & Encouragement. 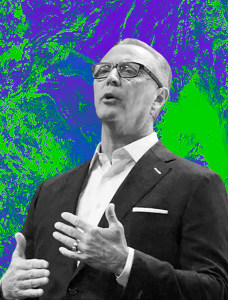 Steve Smothermon is senior pastor of Legacy Church in Albuquerque, New Mexico. Now ministering in 4 campus locations and on local TV, Legacy has grown into a dynamic, welcoming community of believers committed to sharing the good news of Jesus and introducing people to “the God of another chance.”

Grounded in his ten-year career as a UPS driver, his ministry focuses on delivering and applying the Word of God in practical, life-changing and unapologetic ways.

He and his wife Cynthia have been married over 36 years and have 3 children and 8 incredible grandkids. Steve actively supports community organizations such as Make-A-Wish, Operation Smile, and the brave men and women in the military, local police and fire departments.

Bring your team and deepen your faith community as you make connections across the nation and worldwide. For more information, or to buy tickets click here. Early bird discount deadline is December 30th, 2022.